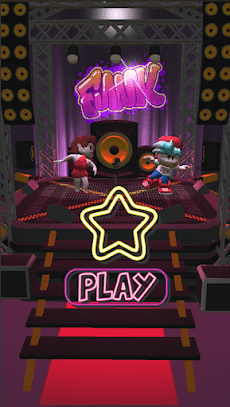 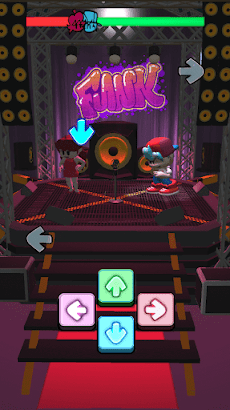 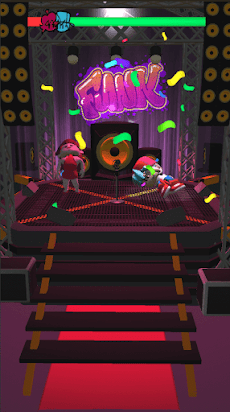 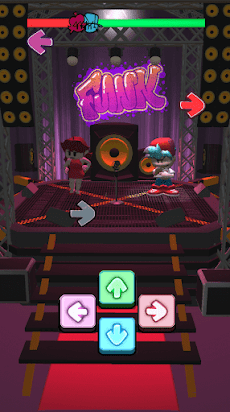 INTRODUCTION:
Welcome to FNF Music Battle 3D, which shortly reffered to as FNF: it's a rhythmical music free mobile real game for Dancing and having fun.


ABOUT FNF MUSIC BATTLE 3D:
"FNF Music Battle 3D": is a rhythmical music free mobile real game where you need to press arrows in order to dance and battle different antagonists.
FNF have the following characters: Boyfriend, Girlfriend, Daddy Dearest, Mommy Mearest, Monster and Spirit. Beside them, we have some guest characters like Skid and Pump, Pico, Tankman and of course Whitty.


WHAT FNF MUSIC BATTLE 3D IS ABOUT:
"FNF Music Battle 3D": revolves around the player character, simply named "Boyfriend", who has to defeat a variety of characters in singing and rapping contests, in order for him to be able to date his love interest, "Girlfriend". Gameplay revolves around mimicking the opponent's notes with timed inputs while trying to not run out of health for the duration of the song.


FNF MUSIC BATTLE 3D GAMEPLAY:
"FNF Music Battle 3D": is a game in which the player must pass multiple levels, referred to as "weeks" week 1, week 2, week 3, week 4 and so on, each containing three songs.


HOW TO PLAY FNF MUSIC BATTLE 3D:
Each week, the player in Friday Night faces a different opponent or opponents.
For example in Friday night week 4: During the gameplay, the opponent will sing a pattern of notes (represented as arrows), which the player must then mirror by using the arrow keys. Later songs in "FNF Music Battle 3D" introduce more complicated patterns, with the player's pattern sometimes varying from the opponent's or both singers engaging in a duet.


FNF MUSIC BATTLE 3D MODES:
For each week, the player in "FNF Funkin Music Battle 3D" has the option to select one of three difficulties: Easy, Normal, or Hard. As the difficulty increases, the speed of incoming arrows increases too, and the patterns of arrows become more complicated.