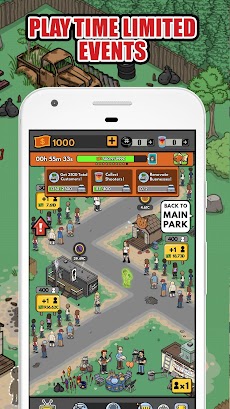 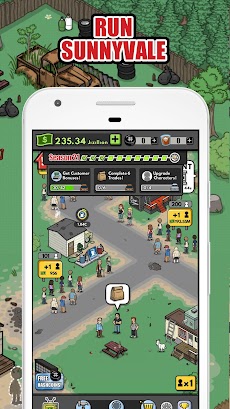 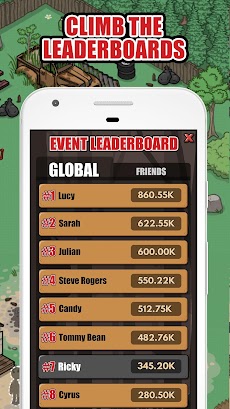 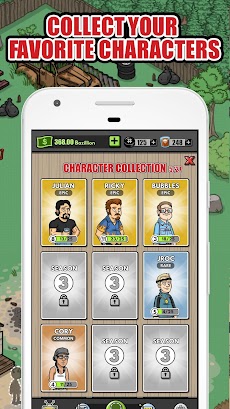 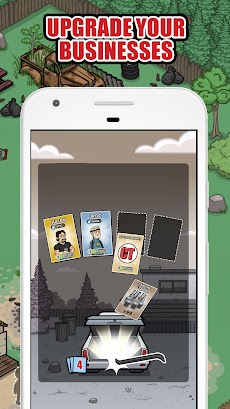 There's no stoned raccoons, but we have a stoned cougar!

Based on the hit comedy TV show, Trailer Park Boys: Greasy Money is an idle game where you manage businesses in the Sunnyvale trailer park.

Tap to build businesses, get customers and make greasy money! Upgrade your money making ventures to get rich quick and become a trailer park idle tycoon.

As the true boss of the RV trailer park, you'll collect characters to help generate profits and open new businesses. Get new characters by collecting cards, level them up by collecting liquor, hash and cash!

All that liquor, hash and cash is key to completing the trailer park challenges. Bust open trunks to collect your rewards, but don't get too comfortable hoarding your piles of money - the cops are always close by. Tap your way through boss fights to fight off the police. Battle as hard as you can, but you'll be thrown in jail at the end of each season. In a never ending cycle of resistance you will return and rebuild your park even stronger than before!

NEW! FACEBOOK FRIENDS
Keep your friends close but get your enemies toaster! While you tap your way to success you can flash your cash on global leaderboards. Show everyone the successful money tycoon that you are!

AN IDLE ADVENTURE WITH NEVER ENDING FUN
Follow hilarious characters through comedic cutscenes that draw inspiration from the tv show. The police might try to throw you in jail during nail-biting boss fights, but the fun never ends. Even better - you never have to stop following these lovable rednecks as new stories are always being added!

BATTLE YOUR FRIENDS (AND THE WORLD) IN LIVE EVENTS
Ramp up the fun with free and addicting time-limited events. Play through hilarious stories from Zombie Trailer Park and Trailer Park Wrestling to Redneck Police Academy, the crazy situation might change but the comedy is always top notch. Even celebrity guests stop by from time-to-time!

MAKE DIRTY MONEY AND GET RICH
Build and manage businesses alongside Sunnyvale's eclectic residents. From businesses as wholesome as the trailer park Convenients Store to more dubious ventures such as Ricky's Used Gas, the Moneyvale Casino and Roc Vodka - a cheap liquor of questionable quality!

IDLE TYCOON FUN
Too lazy to work? We get it, so are we! Join in the idle game fun where you collect cards and characters to generate your profits. Play while you're away and become a true idle tycoon.

Join the Trailer Park Boys' Bubbles, Ricky and Julian on an adventure to run Sunnyvale. Mine cash for the park and when things go south, pull your rag-tag family together to make more money than ever - Let’s Go, Boys!

Please note that Trailer Park Boys: Greasy Money is free-to-play experience (F2P), but some game items are available for purchase using real money. Available to play offline without a data connection, however some features require an internet connection.