Rat On A Snowboard [Android] 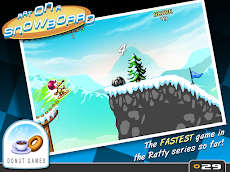 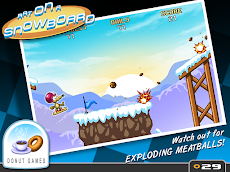 Prepare for a hefty portion of EXPLODING MEATBALLS.

RAT ON A SNOWBOARD is a fast-paced, arcade style snowboarding game and part of the ever-popular "Rat on" series.
Controls are really simple, which makes it perfect for gamers of any age, but the roads ahead are not only filled with bonus items, but some challenging obstacles as well.

Depending on which game mode you pick, you're up for the craziest runs against pine trees, tree stumps, giant snowballs, pointy icicles... and did someone say exploding meatballs?