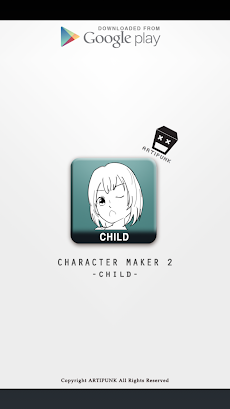 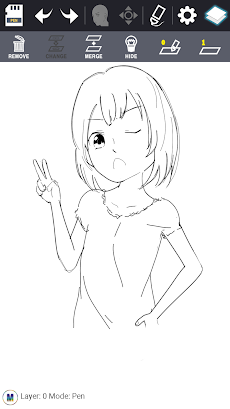 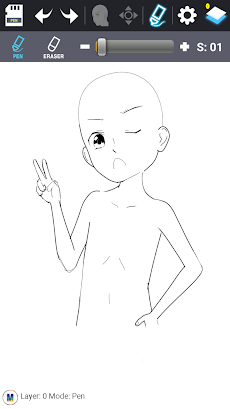 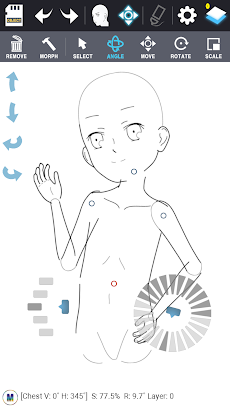 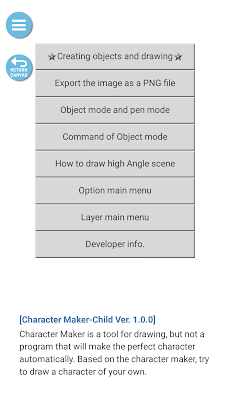 Contact developer> taegoo9597@gmail.com
(Please send e-mail in English)
★Character Maker is a tool for drawing, but not a program that will make the perfect character automatically. Based on the character maker, try to draw a character of your own.
★This app is for beginners. If your drawing skill is proficient, you don't need to download this app :)

[Feature.1]
Character Maker is 2D program.
However you can draw 2D character with 3D ANGLE system.
This is not drawing. It's a Making!
You can create objects of character's bodies in a Object Mode, and place them where you want. Rotate the objects.
Then, after changing the mode to a Pen, Draw the rest on canvas with the stylus pen.
(Object Mode <=> Pen Mode)

[Feature.2]
1. Output image is PNG file. (you can choice transparent background or white)
2. Use two layers.
3. Output image size(Canvas): 956 * 1700px (Standard)
this size is different depending on device.

[Feature.3]
Instead of drawing along just photos, you can create a character based on the generated objects.
What you want style, look, and muscle can be expressed with the personality.
And it is possible to draw a storyboard, illustration and etc through created character.